Okay, this is going to be a really weird entry, but I learned a bunch of stuff yesterday that I wanted to share…it kind of relates to the show listed in this post’s title…kind of not. Just follow along. It’s all cool, in a nerdy pop culture way.

So, does anyone remember a show from the mid-80s called Double Trouble? It was an 80s-era update of The Patty Duke Show that was barely on for a minute, but this time, they sprang for actual twins: 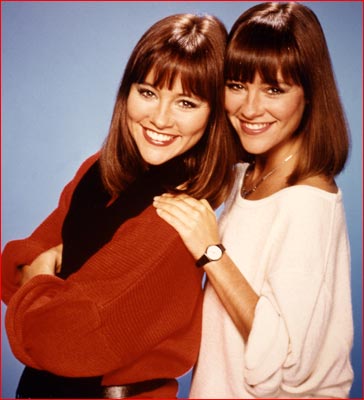 Meet Jean and Liz Sagal. Or Liz and Jean Sagal. Meet the Sagal twins. You might have seen them in other 80s-era shows and movies, either together or on their own. You might have missed the fact that they were twins and thought that this was one busy actress. Between the two of them, they covered the gamut of big 80s viewing, including Cagney & Lacey, Trapper John, M.D., Highway to Heaven, 21 Jump Street, Quantum Leap, Simon & Simon…I’m not saying which one, but one of them even appeared in that classically awful Lucasian misstep Howard the Duck, as Ronnette, the dummer for Beverly Switzler’s band Cherry Bomb:

Sweet traumatizing prophets, WTAF were these actors thinking? Look at the names in this clip: Tim Robbins, Lea Thompson, Holly Robinson…wow. That’s some big pull for such a little duck.

And now I feel the need to self-abuse myself by revisiting this abomination from my youth.

Anyway, back on point. Since their debut, the Sagal twins have made their way from in front of the camera to behind the camera. One directs and one edits. However…their older sister Katey continues to wow the crowds with her ability to switch gears through all kinds of characters. That’s right, their sister is Peg Bundy: 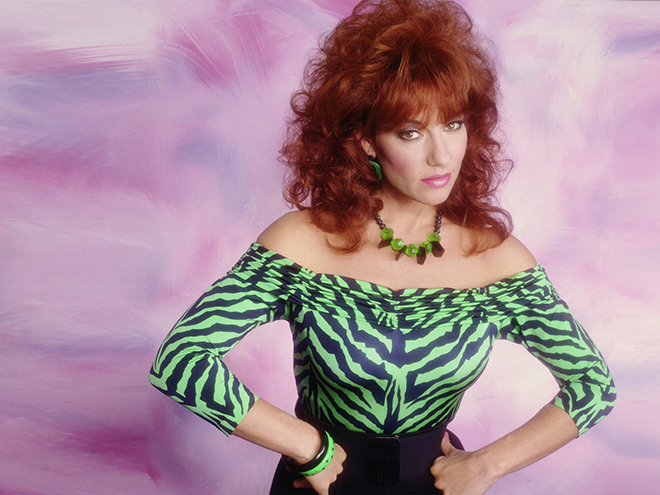 Or the Cyclopean Leela for those of us who never really enjoyed Married With Children: 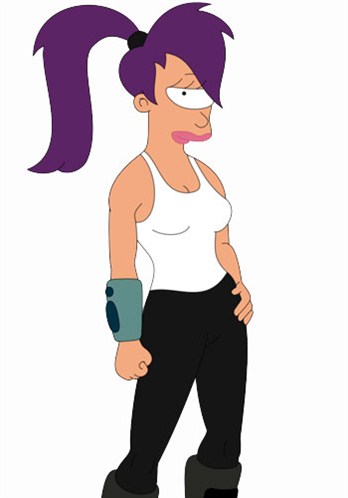 Truth be told, Katey Sagal has played a very impressive array of characters throughout her career, including a recurring character on the current series Sons of Anarchy. She does terrible characters really well, but she seems to comes across as quite a lovely person in real life [insert Jon Lovitz “Acting!” meme here].

I’m always fascinated by people who are nice in reality but excel at playing creeps on-screen. Like Louise Fletcher. If you don’t fear her as Kai Winn on Star Trek: Deep Space Nine, then you will surely want to run away from her Nurse Ratched or risk being lobotomized for being too slow. And yet, have you ever seen her acceptance speech when she won for Nurse Ratched?

That ending. That. Ending. Even Nurse Ratched has a heart.

Well then. Talk about wandering off-topic. Anyway, the point of all this is that I always find it interesting when I learn about family connections throughout Hollywood.

This connection goes even deeper, in fact. The family patriarch, Boris Sagal, became a director and writer after he came to this country from Ukraine. He directed quite a few things throughout his career, including several episodes of Alfred Hitchcock Presents, an episode of Mrs. Columbo (which starred pre-spaceflight Kate Mulgrew), and Omega Man, the Charlton Heston translation of Richard Matheson’s novella I Am Legend.

[Loba Tangent: Still waiting for Hollywood to get that story right in a movie.]

Sadly, Sagal died while filming the miniseries World War III. He had just finished shooting aerial shots and when he climbed out of the helicopter (which had landed in the parking lot of the hotel used for exterior shots in The Shining, of all movies), he turned the wrong way and walked right into the tail rotor. I don’t think you really want any additional details there.

And there you have it. This is all what I learned yesterday. Oh, and as for the show in the title? I can’t remember anything about it. How’s that for burying the lede?