I debated whether or not to post Rough Justice: The DC Comics Sketches of Alex Ross to the BookBin. It admittedly contains the bare minimum text possible. If you’re just reading the book, in fact, I’m willing to bet you could zip through this in less than an hour.

However, if you’re a comic art geek like me, you’re going to spend as much time with this book as you possibly can. I received this as an early Christmas present from my California Dreamin’ friend (thank you again, Z), and I haven’t gone a day without picking it up and looking at it since. Why? Because the inside is just as gorgeous as this cover art: 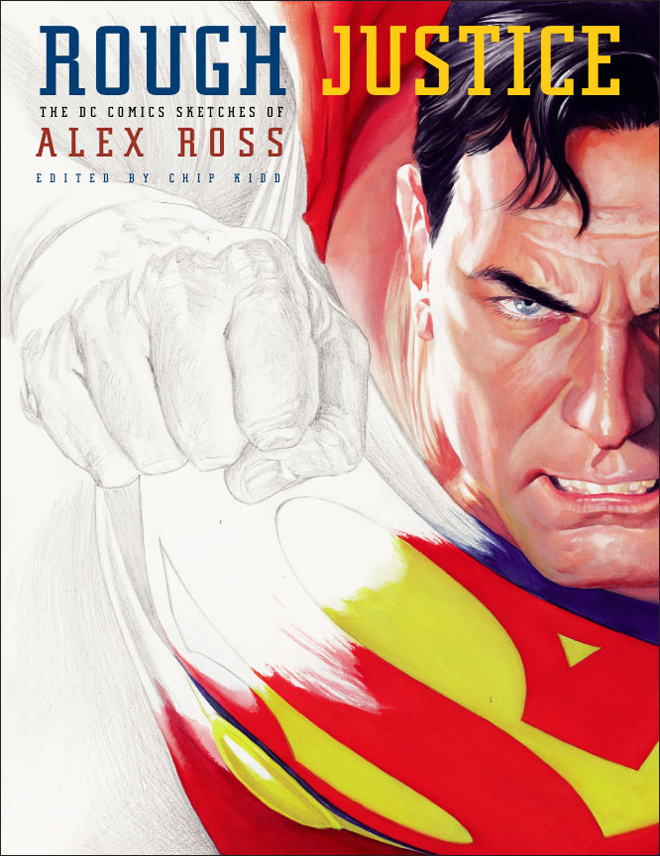 Seriously, I’m such a sucker for beautiful comic art. And, even though I do enjoy abstract or reinvigorated interpretations, comic artist extraordinaire Alex Ross continuously blows me away with his almost photo-realistic renderings of some of our most beloved comic stars. His specialty is obviously Superman, but this book is filled with gorgeous renderings of many of DC Comics’ big hitters and several lesser known players resurrected by Ross either for proposed or accepted revisits to their worlds.

[Loba Tangent: Oh, and before any of you start getting strange ideas about the sadomasochistic quality of the title, it’s called Rough Justice because most of the drawings within are rough pencil or marker sketches. Doesn’t matter though; even with nothing more than a pencil, Ross is an exemplary artist.]

Probably the most interesting of these proposed revisits was a redesign that Ross came up with for Barbara Gordon’s Batgirl. He formulated a new storyline for her and even came up with some beautiful sketches of what he envisioned his new, darker Batgirl would look like. Perhaps she looks familiar?

I’m going to stop here because I realize that this entry will quickly become nothing more than me posting my favorite images from this book if I don’t. Suffice it say, if you are a comic fan and love Alex Ross as much as I do (or are new to the comics world and would like to see some of the best that the best has to offer), then you need this book.

Final Verdict: Wow, I’m 5 for 5 this year. Guess it’s time to return to that anthology. Only 100 more pages to go…

But before I do, one more image. You know I can’t end this post without leaving you with Ross’s take on Wonder Woman, right? Especially with as unenthusiastic as I was about the artwork from The Circle. This should make it better: 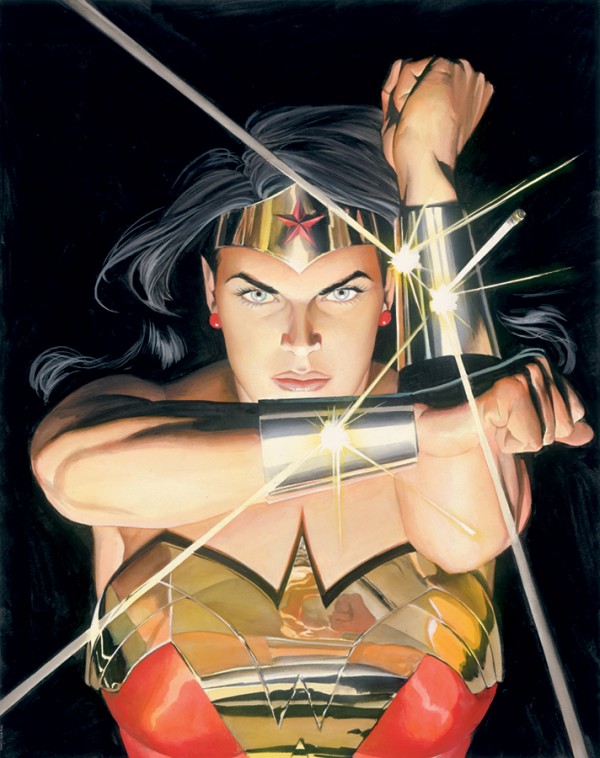